This is your brain on Li-Lo: Ayahuasca in the Twenty-First Century

The genie is out of the bottle, tweeting about the next shamanic bodywork leadership seminar, and the bottle; well, check and see if it isn’t in the back of your fridge by the vegan TV dinner.


Who would have ever imagined that ayahuasca, the enigmatic jungle potion William S. Burroughs once referred to as “the secret”[1] and whose very botanical identity was a matter of debate through the mid-twentieth century[2] would, within a matter decades, become a household (or at least, yoga-mat) word; the subject of hundreds of scientific, anthropological, and medical studies; a magnet for international tourism; the motor behind a global religious diaspora, and the victorious plaintiff in absentia of an historic Supreme Court case? 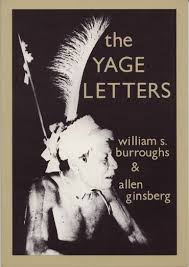 The rhyme “herbal brew”/“bamboo” in Paul Simon’s 1990 ayahuasca-inspired song “Spirit Voices” already rings of kitsch, but there is still something, if not fresh, then at least compelling about Sting in his biography Broken Music,[3] revealing that “ayahuasca has brought me close to something, something fearful and profound and deadly serious.” But by the time Lindsay Lohan confides to a reality TV host in April of 2015 that ayahuasca helped her “let go of past things… it was intense,”[4] Burroughs’s “final fix” has finally entered the realm of cliché.

How did this happen? What is the special appeal of this bitter Amazonian brew in the post-post-modern global village toolbox of self-realization? How has it fared in the bustling marketplace of New Age spiritual entrepreneurism and on the battleground of the War on Drugs? And what does it all mean for the multiple, religiously and socially diverse communities and individuals who consume ayahuasca, as well as various ayahuasca-like analogs, around the world?

We can think of the global ayahuasca expansion of the past two decades as a kind of second wave to the psychedelic revolution, following upon that other, “fantastic universal… inevitable… high and beautiful wave,” Hunter S. Thompson describes as cresting in the mid-1960s only to crash so quickly, and so disappointingly:

So now, less than five years later, you can go up on a steep hill in Las Vegas and look West, and with the right kind of eyes you can almost see the high-water mark—that place where the wave finally broke and rolled back[5]…

… Will the “re-traditionalization” of global neo-ayahuasca ceremonies provide adequate social controls and ideological coherence to ensure that this “second wave” psychedelic revolution doesn’t crash and dissipate somewhere between the headwaters of the Amazon and the Great Barrier Reef? Will the contradictions of the modern self and the temptations of capitalism undercut the radical vision of individual and planetary healing that some neo-ayahuasca enthusiasts prophecy? Will ayahuasca become another battlefield casualty in the global War on Drugs, or will legislation evolve to protect ayahuasca as a religious sacrament, as a medicine, as a tool of experiential freedom? We don’t yet have all the answers to these questions, but the authors of this book are on the crest of the wave, and if anyone can see ahead to the far shore, it is they.


Excerpted from: "Ayahuasca in the Twenty-First Century: Having it Both Ways"[6], in: 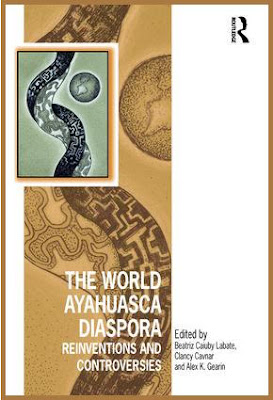 Related links from this blog:
Agony and ecstasy in the Amazon
Return of the secret shaman
Dream tobacco
The cheerful pessimist
Chronicle of a death foreclosed
Between the cross and the Pleiades